The paper identifies potential gaps in protections for consumers, with a focus on consumer-to-business payments via the Faster Payments System. 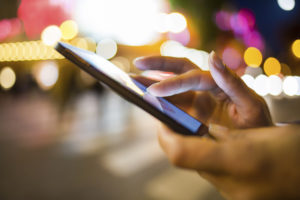 The paper, titled “Consumer Protections in Payments”, was released in the context of changes in the usage of Pay.UK’s systems following recent regulatory developments, including the EU’s revised Payment Services Directive (2015/2366, known as PSD2) and the Open Banking initiative in the UK. Focusing in particular on real-time consumer-to-business (C2B) payments using the Faster Payments System (FPS), the paper explores the protections currently in place and consumers’ understanding of those protections. Together with ongoing primary research, the paper will be used to inform further policy work by Pay.UK and, potentially, introduce new rules and standards.

Pay.UK is predicting a significant increase in usage of the FPS over the next decade. Credit and debit cards (taken together) are now identified as the most popular form of payment in the UK, with cash coming in second. Further, the volume of cash payments has reduced significantly in light of COVID-19. Partly as a result of the move away from cash —in addition to the emergence of alternative forms of payments, such as cryptocurrency transactions — Pay.UK expects the number of remote banking payments processed via the FPS (or cleared in-house by banks) to increase from 2 billion in 2018 to 3.2 billion by 2028. Specifically, Pay.UK predicts that this change will be driven by the adoption of Faster Payments in the C2B context.

Payment Initiation Service Providers (PISPs), which allow consumers to initiate payments directly from their bank and other payment accounts (rather than, for example, via card networks), will play a key role in facilitating this change. PSD2 and Open Banking have facilitated the growth of these providers by opening up access to account providers’ data. PISPs are expected to increasingly leverage the FPS due to the high processing speeds offered and the anticipated proliferation of associated “account information services” that will rely on real-time data (again, in light of PSD2 and Open Banking).

While legal protections are often agnostic to the payment method used, the paper notes that payment protections vary significantly from one form of payment to another. Faster Payments, for example, offers no general in-built consumer protection (though the recently introduced Confirmation of Payee mechanism does address fraud, APP scams and related issues). Pay.UK notes that the lack of in-built protection is unsurprising, given the origin of Faster Payments in the consumer-to-consumer context. The paper observes that while some PISPs are stepping in to fill this gap in the form of specific retailer protections (such as guaranteed refunds), others are not. As a result, the current protection landscape is fragmented, particularly for C2B Faster Payments.

In terms of consumer understanding and awareness, the paper observes that while consumers are “often familiar” with retailer protections, their knowledge regarding payment protections “can be less sophisticated”. For example, in the case of delayed refunds, consumers often revert to the retailer in the first instance, rather than the payment service provider. The sense from the paper is that this is indicative of a need to educate consumers about the rights they possess in relation to each form of payment.

Further Research and Perspectives on Regulation

In light of the issues identified in the paper, Pay.UK is calling for further research, including in particular an examination of whether the lack of official consumer protection for C2B Faster Payments could lead to consumer detriment.

Pay.UK is undertaking primary research to supplement the paper, with a focus on “the consumer perception of consumer protection”. The findings from that research — together with the summary paper — will inform Pay.UK’s ongoing policy work, including on the question of whether and how new rules and standards could be used to improve consumer protections in payments. In addition, Pay.UK has created a joint working group with UK Finance, and will continue to monitor real-time payments in the UK and elsewhere.

Payment service providers are advised to keep abreast of these developments, in addition to other initiatives such as the EU’s ‘Retail Payments Strategy’, in order to understand how they may impact upon current and future service offerings. Organisations procuring payments services – particularly in the C2B space – should, similarly, factor these developments into their decisions on which solutions to adopt going forward.